Apple wants to stop advertisers from following you around the web. Facebook has other ideas.

Sometime next month, iPhone users will start seeing a new question when they use many of the apps on their devices: Do they want the app to follow them around the internet, tracking their behavior?

That will affect everyone, from Apple’s giant tech rivals — most notably, Facebook, which announced today that it’s fighting back against Apple’s move — to any developer or publisher that uses ad technology to monitor what their app users are doing on the internet.

And it affects you, the person reading this story. At stake is your online privacy — and the advertising system that underwrites an endless supply of free content. 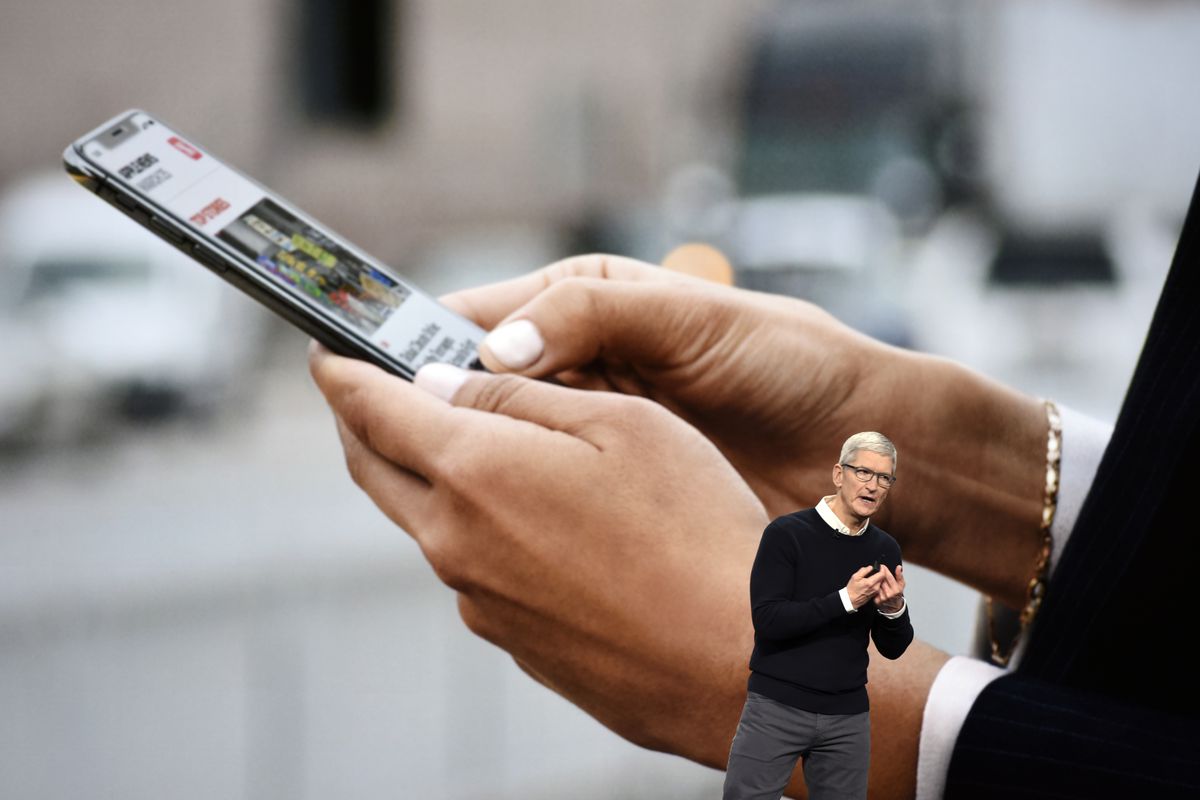 It’s a fascinating battle because there aren’t clear-cut winners and losers. And multiple players have more than one motivation.

The battle may also generate collateral damage, according to one news publisher, who says Apple’s move will cut into its business at a time when it’s already struggling to hang onto any ad revenue it can find.

“It makes it much harder for us to monetize our Apple app users, who are an incredibly loyal readership. And quite frankly, it puts at risk our ability to provide an Apple app,” says Martin Clarke, publisher of DMG Media, which owns the UK’s Daily Mail and other publications; the company says its MailOnline iOS app attracts 1.2 million users per day. “There’s no point in providing an app for a platform that monetizes less well than other platforms.”

Apple announced its plan in June at its annual developer’s conference. But it hasn’t generated much attention outside of ad tech circles yet.

That will likely change in mid-September when the company is expected to roll out its new operating system, iOS 14. Without getting too far into the weeds, here’s what will happen:

We don’t know exactly how that will play out for publishers who rely on that kind of targeted advertising for revenue. But we can take a guess: In 2017, Apple rolled out a similar restriction on behavior tracking for its Safari web browser, and publishers saw ad rates plummet for Safari users.

Conventional industry wisdom is that Facebook, in particular, as well as Google, will have to rethink the way they sell their ads and are likely to see revenue get hit along the way.

Facebook has already put out research suggesting that its ad network that runs ads on other publishers’ sites and apps could see revenue drop by half if targeted advertising, which relies on tracking users’ behavior around the internet, goes away. And during Facebook’s most recent earnings call, chief financial officer Dave Wehner said Apple’s changes would create a “challenging headwind,” and that “it is something that people need to take very seriously. … It’s an area of concern.”

It’s possible that most of the changes will be limited to the very biggest players in internet advertising because you need apps with very large user bases — likely 10 million monthly users or more — to make money selling those kinds of automated, targeted ads. Which is one of the main reasons Facebook and Google are already swallowing up the majority of digital ad dollars.

But DMG’s Clarke says the move will hit his company, even if it’s small compared to the giants. “Untargeted ads are basically worthless,” he says. Clarke says he thinks the revenue his company’s iOS app users generate could drop by 75 percent, which could prompt him to abandon the app altogether and ask his readers to read the Daily Mail on the web instead.

But other publishers are less worried about the effect on their app ad revenue and more concerned that Apple is attempting to change digital advertising on its own.

“The instinct’s in the right place,” says Julia Beizer, who heads up digital for Bloomberg Media. “We all want to make a better, privacy-safe web. But rolling it out without consulting the industry means you’re asking publishers to bear the brunt of the sins of ad tech. Which isn’t fair.”

Other publishers say the move away from targeted ads could conceivably be a good thing for them because it would lessen the advantage Google and Facebook get from combining their massive pools of data about users’ behavior on their own app with the information they collect about what they do outside their apps.

“If the playing field is level, and no one can track users and data, that’s bad for ad tech,” says Jason Kint, who heads up Digital Content Next, a publishers trade group. “But the world’s going this way.”

For example, the New York Times, which had already announced that it would be phasing out the use of data collected by other companies to target ads for its readers, says it simply won’t use third-party tracking data for its Apple app this fall once the changes kick in.

Rebecca Grossman-Cohen, who heads up strategic partnerships for the Times, says the move creates “some loss” of advertising revenue, but it will be “minimal.” She says that Apple essentially sped up a decision the Times would have reached anyway: “We could fairly say we would have gotten to a similar place in any event.”

Which is more or less what Apple wants to convey. The company didn’t want to talk on the record, but executives there say they made the move to reduce tracking on its apps as an extension of other moves they have made to increase users’ privacy, like limiting targeting on Safari and requiring apps to get permission to track users’ location.

It is possible that Apple’s move to upend internet advertising will bring more scrutiny to the company, which is already fending off high-profile antitrust charges from Spotify and Epic Games. Last week, a group of publishers, including the New York Times, sent Apple a letter demanding better terms for the subscriptions it sells through its App Store. And the Daily Mail intends to complain to the US Department of Justice about Apple’s ad changes, according to a person familiar with the company’s plans.

But the move also illustrates the fact that big tech companies aren’t just under pressure from lawmakers and government regulators — they’re also fighting each other.

Facebook, for instance, has already complained publicly about Apple’s App Store policies twice this month. And today it is criticizing Apple again, while announcing that it simply won’t use Apple’s device identifier on its own apps.

That means Facebook won’t have to show users that pop-up screen asking for permission to track them across the web. But it’s unclear how much third-party data Facebook will use for its ad targeting, or what Apple’s reaction to Facebook’s move will be.

Facebook has already told Wall Street that it expects Apple’s new rules to affect its business. But today it is leaning into the idea that the change will mostly hurt publishers that use Facebook’s ad network to place ads on their own sites — and that it may ultimately have to shutter the network on Apple devices altogether.