Fitting the pigeonholes: the challenge of selling print advertising in the age of hypertargeting

That’s the trouble with print advertising these days. Pigeonholes.

Judging from reader feedback, I apparently hit a nerve recently in a Publishing Executivearticle by stating that many magazine-media advertising reps don’t seem to know how to sell print ads these days.

Younger sales reps were hired for their digital knowledge, but their clients are increasingly asking for multimedia proposals that include print. And some of the print veterans haven’t adjusted to the age of targeted marketing. 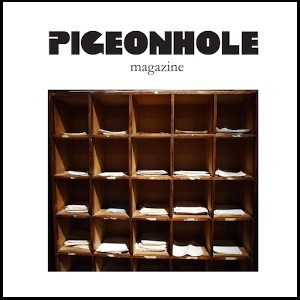 (Some commenters noted that the issue arises in selling any kind of print-based marketing.)

Choice A or Choice B

When mass media dominated, brands that wanted to target their print-media ads were forced into a limited number of pigeonholes: To reach men, put the ad in the sports or business section. For women, use the lifestyle section. The choices offered by major magazine publishers often boiled down to buying ad pages in Title A or ad pages in Title B.

That doesn’t cut it anymore – not when digital ads can be behaviorally targeted based on what someone has searched for, what stores she has visited, or what side he dresses on.

Now it’s the ad buyers who have the pigeonholes – narrow descriptions of their target prospects. They want to get their message in front of families who are “in market” for a minivan, patients with a specific medical condition, or, in the half-joking words of the The Ad Contrarian, “left-handed women golfers over 35.”

You can’t just sell ad pages to such a buyer, no matter how much you discount your rate per page. You have to show how you’ll reach those pigeonholed prospects.

The challenge for many magazine publishers is that they split their operations into a print team and a digital team.

That worked when advertisers and agencies likewise bought into the print-versus-digital foolishness and had separate buyers for each medium.

But with so much evidence indicating that multimedia campaigns are more effective than single-medium efforts, the advertising world seems increasingly to be asking publishers for integrated, multimedia plans. 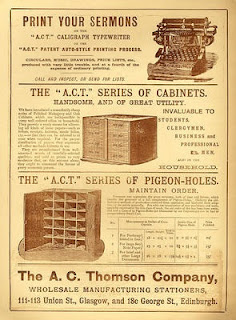 That’s an opportunity for multimedia publishers, but also a challenge: The digital reps know how to present advertising solutions that fit into their clients’ pigeonholes, but are clueless when it’s time to translate that knowledge to a print proposal.

And many of the veteran print reps are still trying just to sell pages rather than finding a way to get the advertiser’s message into its desired pigeonholes.

The Publishing Executive article presents eight tools that both kinds of sales reps can use to fit their print offerings to an advertiser’s pigeonholes. (Omitted was a ninth idea: Check your magazine’s editorial calendar to see whether any of the upcoming issue themes or special sections would resonate with the advertiser’s intended audience.)

Another thought: Don’t respond to a multimedia RFP  by having some people work on the print portion and others on the digital part. Coordinate, so that everyone involved is looking for the best media choices to fit each of the advertiser’s pigeonholes.

Make sure you consider all possible media – magazines, custom print, web, social media, email, ebooks, live events, and webinars. And stuff that blurs the lines: If you turn excerpts from your magazine into a sponsored, downloadable PDF, is that print or digital? Who cares? Just call it prigital.