Booksellers were unprepared for Dr. Seuss ban as sales skyrocket

Booksellers say they were completely caught off guard when Dr. Seuss’s publisher yanked six books for racially offensive imagery this week in a move that’s only served to send sales skyrocketing.

James Daunt, CEO of Barnes & Noble, only learned of the move by Dr. Seuss Enterprises when a journalist called him at the bookseller’s London offices. “At first, I had no idea what he was talking about,” Daunt told Media Ink.

Nonetheless, he and other booksellers, including Jeff Bezos’s online behemoth Amazon, have benefited tremendously as fans (and a smattering of profiteers) have used the prohibition as an excuse to rush out and buy whatever Dr. Seuss titles they can find, including those not banned.

The stampede has resulted in hundreds of Barnes & Noble’s 620 retail stores selling out of some of the most popular titles by the beloved children’s author born Theodor Seuss Geisel, including “Cat in the Hat” and “Green Eggs and Ham.”

“We should be able to re-stock within days,” Daunt said of the buying spree. 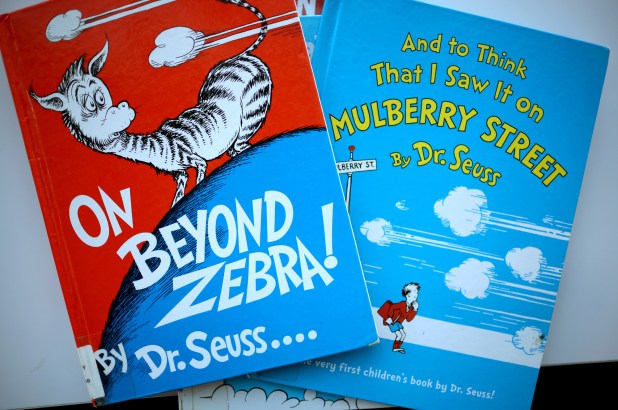 Amazon appears to have had a similar experience with shoppers on Wednesday attempting to buy banned titles being told they were “unavailable,” sources said. Sales of Dr. Suess’s non-banned books, meanwhile, have been booming on the online shopping portal.

By Thursday afternoon, just seven of Amazon’s top 30 titles across all categories were not written by Dr. Seuss. “Cat in the Hat,” “One Fish, Two Fish, Red Fish, Blue Fish” and “Horton Hears a Who,” meanwhile, dominated the top three.

The yanked titles, meanwhile, won’t be much missed by booksellers going forward because they were among the slowest selling of the famous author’s dozens of books.

“I’d be surprised if they accounted for even one percent of the Dr. Seuss books we sell,” Daunt said of the six yanked titles: “And to Think That I Saw It on Mulberry Street,” “If I Ran the Zoo,” “McElligot’s Pool,” “On Beyond Zebra!,” “Scrambled Eggs Super!,” and “The Cat’s Quizzer.”

Scott Wong, manager of Books of Wonder, a kids bookstore on W. 17th St. in Manhattan, said the yanked books haven’t been in the rotation for some time. “We carried it in the past, but it hasn’t been in our inventory for quite awhile.”

That hasn’t stopped the books from commanding inflated prices online. One seller of the six banned books in new condition on eBay was offering the entire lot for $19,999 before eBay shut down the auction on Thursday.

A Web site has sprung up called BannedSeuss run by the Foundation Against Intolerance and Racism that says: “Erasing books is insanity. Stand up for our common humanity.” The Foundation behind it claims to be a non-partisan organization “dedicated to advancing civil rights and liberties for all Americans, and promoting a common culture based on fairness, understanding and humanity.” It did not return an email from Media Ink seeking comment.

None of the banned books could be found at the Barnes & Noble in Manhattan’s Union Square on Thursday even though an associate said he believed the store had “And To Think I Found It on Mulberry Street” in stock as recently as Wednesday. Other Dr. Seuss books were still available for purchase, however.