After launching a perfume and a furniture line, Hearst-owned Cosmopolitan magazine is continuing to expand its footprint outside of traditional print and is entering the wine market.

Uncorked by Cosmo is launching Friday in partnership with Napa, Calif.-based Guarachi Wine Vineyards with four varietals — rose, chardonnay, pinot noir and cabernet sauvignon. Each bottle is priced at $14.99 and will be exclusively available at Wine.com.

The idea predated the pandemic, but editor in chief Jessica Pels said the timing of the launch is spot on.

“Wine is a logical thing for us to make for our consumer regardless…but honestly between the pandemic and the election there feels like no better time than now to provide it,” she  told WWD in an interview. 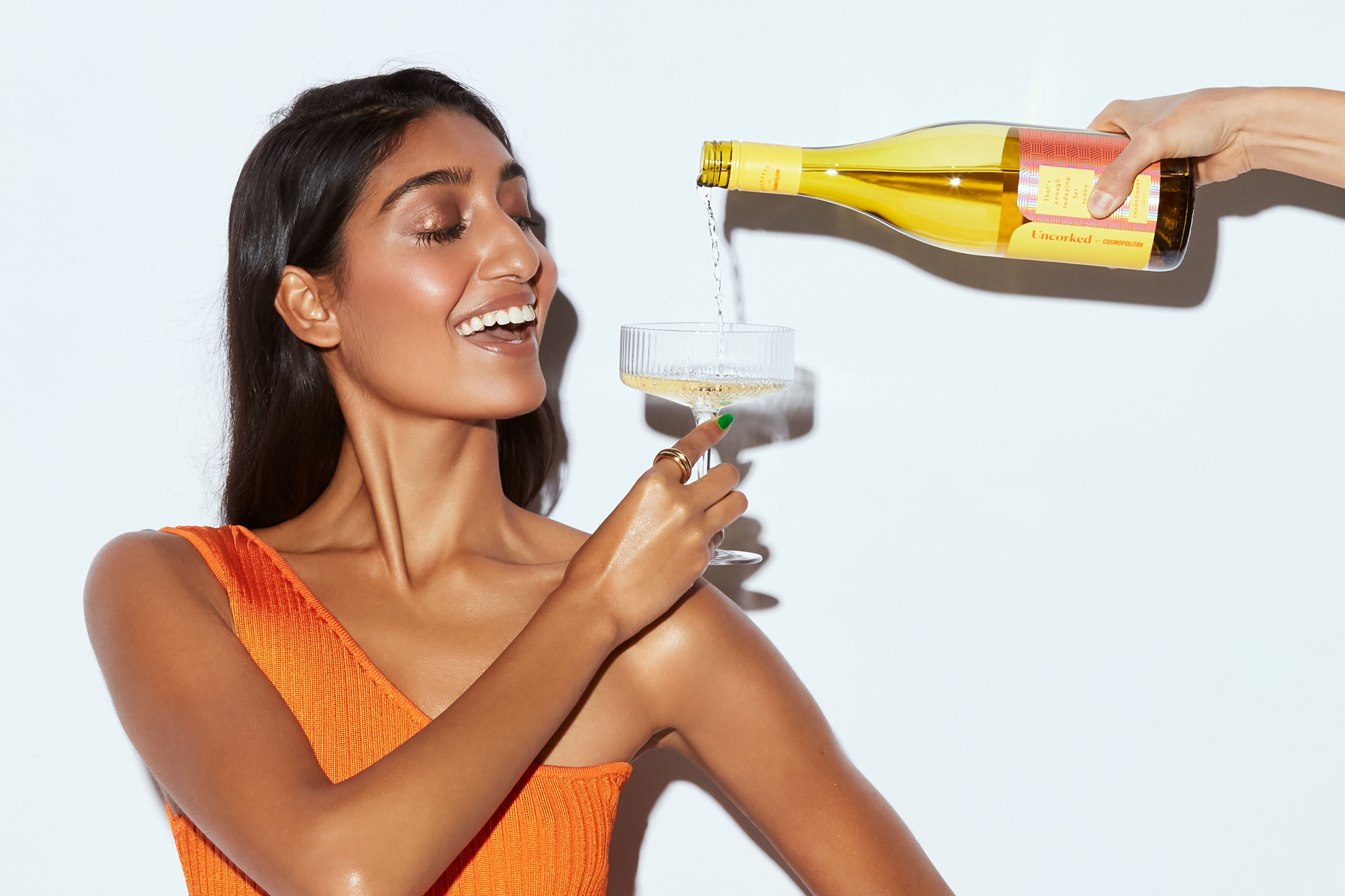 Pointing to Hearst research showing that the Cosmopolitan audience drank about 36 million glasses of wine last week in total (which, for those doing the math, equals about 7.2 million bottles, or 600,000 cases — in other words, a lot of wine), she explained that while “this demographic is a massive wine consumer base, they’re underserved by the current market, which doesn’t really target young women at all. So we wanted to make a line at an accessible price point.”

On the business side, Nancy Berger, publisher of Cosmopolitan, said it was “too early” to make revenue projections, but that “it looks likes it’s going to be a very strong business.”

“We’re really optimistic,” she added. “We’re already talking about adding to the four different varietals.” Pinot Grigio is set to be the next varietal launch.

Cosmopolitan is one of a number of media brands branching out of traditional print advertising revenue streams. Print advertising was an area that was already struggling across the entire media industry, only to be exacerbated by the coronavirus pandemic.

For Cosmo’s part, Berger said advertising is starting to come back, but that advertisers were looking for new ways to reach consumers.

“Second quarter was very difficult,” she explained. “Third and fourth quarters, we’ve been doing business again which is exciting and what I have found is that companies, brands are looking for new ways to do things. No one’s on autopilot anymore so they’re open to ideas, they’re open to big ideas and there’s money to spend behind them.”

As for Cosmopolitan’s wine partner, Alex Guarachi, founder and chief executive officer of Guarachi Wine Partners, said this deal, which was brokered by IMG, will help him reach the Millennial consumer.

“For years, the wine industry has been trying to entice Millennials with the allure of wine,” he said. “Thus far we haven’t been able to do so. Wine has been part of our diet and culture for centuries. That is why I am so excited about this partnership with Hearst and Cosmopolitan.

Cosmo is the largest young women’s media brand and the voice of young women everywhere. They are the perfect partner to introduce Millennials to these Uncorked by Cosmopolitan.”